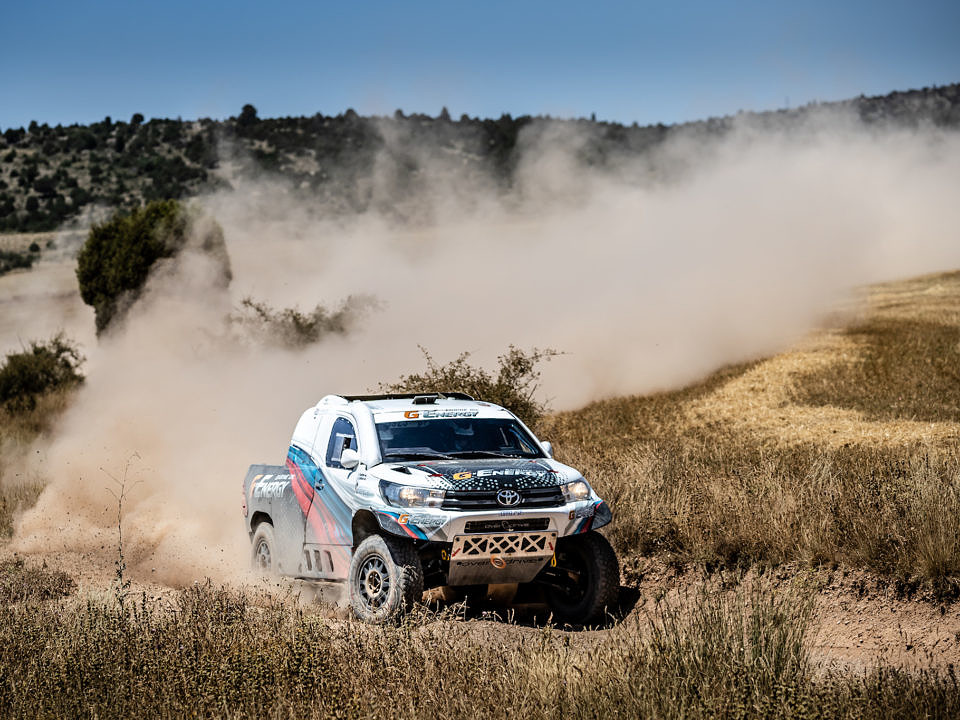 The G-Energy Team crew continues the European racing tour – this weekend Vladimir Vasilyev and Konstantin Zhiltsov will have to conquer the impassability of Hungary.

After the triumphant victory at the previous round in Spain, where the Russians won the Baja in a racing prototype built on the Toyota Hilux basis, the crew decided to continue performing in the familiar vehicle, giving preference to the gasoline engine.

After seven rounds Russians confidently hold the second position in the series classification. The first place is still occupied by the Pole Jakub Przygonski; the Czech Martin Prokop secures the third position.

Hungarian Baja is a young race that traces its history only from 2004; nevertheless, it always attracts top world drivers. The best racers of the planet won this round – multiple winners of the FIA World Cup for Cross-Country Rallies, the Dakar marathon winners and the world champions in the classic rally: Mikko Hirvonen, Nasser Al-Attiyah, Nani Roma, Boris Gadasin and others…
In 2014 Vladimir Vasilyev and Konstantin Zhiltsov participated in this event; they took the second place in the overall standings.

The crews have already arrived to Veszprem, where the administrative and technical checks (the events preceding each race start) will be held on 9 August. The Hungarian Baja is expected to be dynamic, because for two racing days 33 crews will have to overcome 421 kilometers of special stages with a total length of the route of 606 kilometers. After long marathons in Abu Dhabi or Kazakhstan, such a relatively short distance in Hungary requires maximum attention, use of tactics from the first kilometers and concentration of both crew members.

Tomorrow the Ceremonial Start and a short 12-kilometer Prologue will be held. Based on the results shown at this stage, the top ten crews will choose the starting positions for 11 August. During the Hungarian Baja participants will have to overcome 4 special stages.