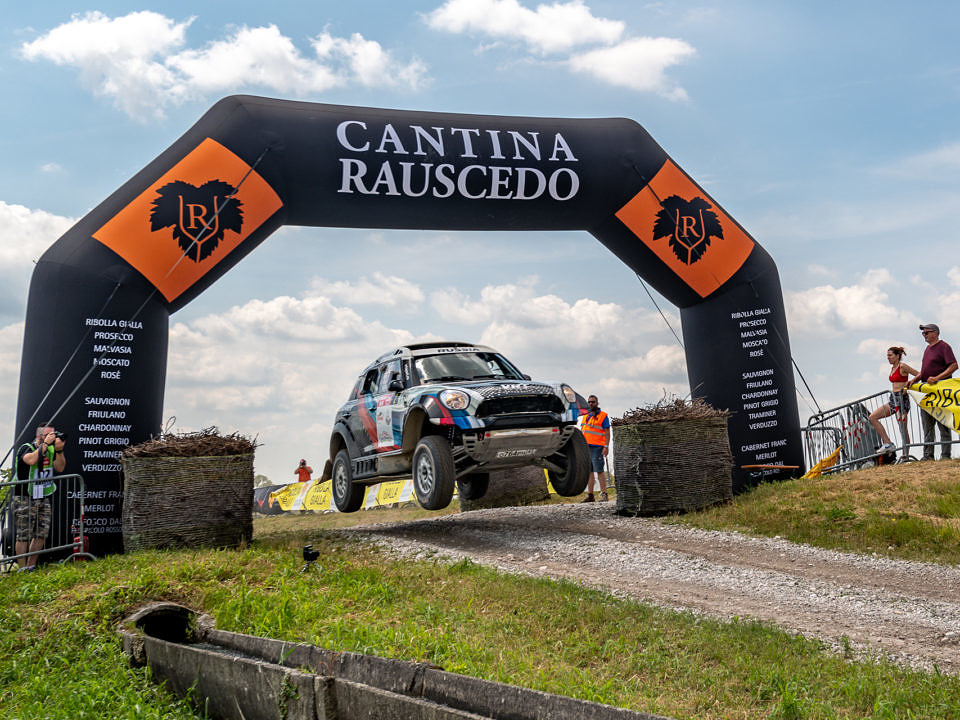 The FIA World Cup for Cross-Country Rallies sixth round finished in the north of Italy – the race in Pordenone ended with the absolute dominance of the Polish driver Jakub Przygonski. The crew of the Russian G-Energy team completed the Italian rally raid in the fourth position with a 12- minutes gap to the leader. Baja on stony roads was really fast and the leaders finished within one minute. In the final day the crews competed at two special stages, the length of each was 87 kilometers, and the thirty-minute service break divided the racing sections.

The Sunday special stages were located in the same region as on the previous day, but the participants drove in the opposite direction. After Saturday’s racing battles most of the loose corners were “plowed” with gravel tyres of passing crews, so deep ruts appeared and added additional complication for drivers and vehicles. Vladimir Vasilyev finished fourth at the first stage of the day, absolutely controlling the situation and keeping all the tyres intact, that was not easy on the track with such condition. The second pass of “San Lorenzo” special stage did not change the order of drivers in the preliminary classification – Jakub Przygonski reached the finish line the first again; Martin Prokop finished after him and Miroslav Zapletal rounded out the top three, only 14 seconds ahead of Vladimir Vasilyev. When the time for protests passed, the results were approved unchanged.

Konstantin Zhiltsov, co-driver, “Indeed, we had a struggle. It’s a pity it was not possible to fight with Cuba and Prokop, they drove ahead. So we actually fought with Miroslav Zapletal and tried to outrun him, but it didn’t work this time. In general, the competition with these guys has always been difficult, but this time we were unlucky, because yesterday we punctured a tyre. At this race the fight was for seconds – two seconds here, four there. Our two minutes spent for the tyre replacement immediately threw us back. But everything happens; today it has come this way, tomorrow it can turn in the opposite direction, but we will go further anyway. Impressions about this edition of the race… It is 25 years old, but the organizers have some kind of strange approach to the track. Five circles on the same road – it’s just hard to imagine. It’s good on the unsurfaced and grader roads, but in the river area there was something strange! It is impossible to describe the track condition in that place and where it was even looser after five passes of this “iron division”! It wasn’t even possible to read the road book there; it shook so much that we couldn’t see neither the dashboard, nor the signs in the book. So there was no driving at these segments; we just “got into a rut” and shook in it, there was nowhere to turn. It’s strange that the organizers didn’t think about it, they drew the same route in both directions. Previously they really did different stages and combined them in every possible way. This is a question of the concept: who and why builds it this way. So the organizers had such a concept of the race. It turned out not universal – a huge number of pits and ditches, and at the same time as much accelerations and decelerations”.

The FIA World Cup seventh round – “Baja España Aragón Teruel” will be held in a month – from 20 to 22 July. For the sixth year in a row the small Spanish town of Teruel will turn into the world capital of rally raids for several days. The team has not yet made the final decision on its participation in this race.