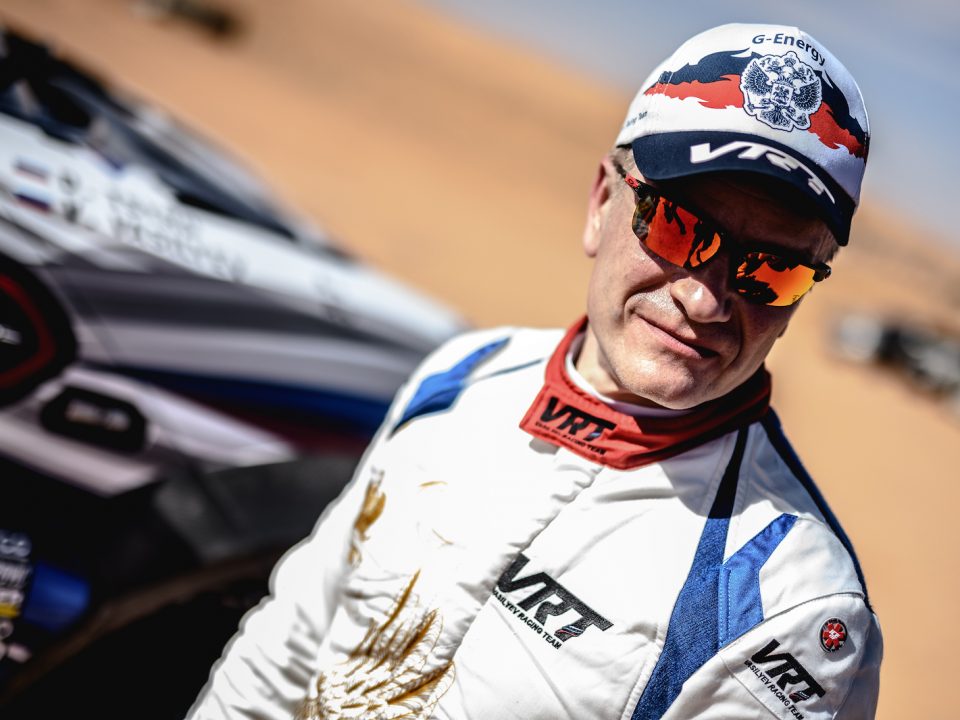 Vladimir Vasilyev has claimed the 2020 FIA World Cup for Cross-Country Bajas title after the final two back-to-back events in the Kingdom of Saudi Arabia. While the Russian was off the podium on both Baja Hails, his points haul throughout the season, combined with speeding penalties applied to some of the other leading crews, means he takes the crown by just 2.5 points. And, as his navigator changed after the opening round of the series, Tom Colsoul – who partners Bernhard Ten Brinke – takes the Co-drivers’ title.

After the application of penalties for four of the key contenders, multiple champion across world rallying, cross-country, and triple Dakar winner Carlos Sainz won Baja Hail II with Lucas Cruz alongside him. The Spaniards were the winners of the 311 kilometre section and sixth position in yesterday’s shorter 108 kilometre stage was sufficient for the MINI crew to claim victory.

Nasser Al-Attiyah and Mathieu Baumel had catapulted themselves into title contention after a maximum haul of points on last weekend’s Baja Hail I. However, penalties dropped them to second in the event classification, just six seconds away from the win, after a second and then fastest time on the two sections.

Stéphane Peterhansel and Edouard Boulanger finished in third position on their first event together in desert conditions and local frontrunner Yazeed Al Rajhi, navigated by Germany’s Dirk von Zitzewitz, took another solid fourth position on his home event. The Saudi Arabian driver dropped time with two punctures. Jakub Przygoński and Timo Gottschalk finish fifth in a Toyota Hilux Overdrive ahead of sixth-placed Vasilyev. Co-driven by Dmytro Tsyro, the Russian finished the two stages in fifth and seventh position on route to the title.

Series contenders Bernhard Ten Brinke and Tom Colsoul were another crew to amass penalties. The Dutch/Belgian pairing lost time with two punctures and finished seventh overall in Baja Hail II. Ten Brinke finishes tied on points with Al-Attiyah at the end of the season, with Colsoul taking the Co-drivers’ title.

In the hotly-contested T3 category, Saleh Abdullah Alsaif won both his home Bajas and pushed hard for the Drivers’ title, but ultimately lost out to Vasily Gryazin. The Russian’s second and third place finishes in Baja Hail I and II were sufficient for the Can-Am Maverick driver to win the title by 12 points.

In the newly-introduced T4 series, Kees Koolen will go into the history books as the first winner of the title. The Dutchman was neck and neck with Aron Domzala all season but inched ahead in the standings with a win and second position in the two Saudi Arabian Bajas.

The FIA World Cup for Teams was claimed by the X-Raid MINI JCW Team who beat Overdrive by 10 points. South Racing won the T4 title ahead of the Monster Energy Can-Am team.

Next year’s FIA World Cup for Cross-Country Bajas has been expanded to nine events and kicks off in the frozen forests of Russia (February 4-7).

Click on the following link to see the final classifications for the 2020 FIA World Cup for Cross-Country Bajas:
https://www.fia.com/events/world-cup-cross-country-bajas/season-2020/classifications

Subject to the official publication of the results by the FIA